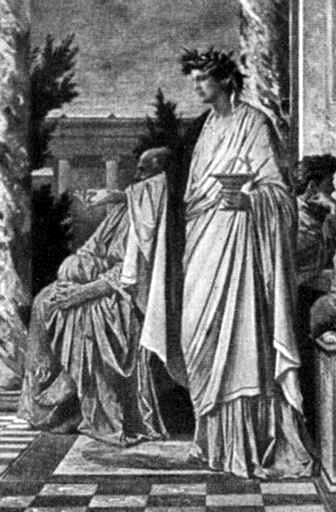 Just one quote by Agathon

Agathon ( Ἀγάθων; ca. 448 - 400 BCE) was an Athenian tragic poet whose works, up to the present moment, have been lost. He is best known for his appearance in Plato's Symposium, which describes the banquet given to celebrate his obtaining a prize for his first tragedy at the Lenaia in (416). He is also a prominent character in Aristophanes' comedy the Thesmophoriazusae. Agathon was the life-long companion of Pausanias, with whom he appears in both the Symposium and in Plato's Protagoras. Together with Pausanias, Agathon later moved to the court of Archelaus, king of Macedon, who was recruiting playwrights; it is here that he probably died around 401 BCE.