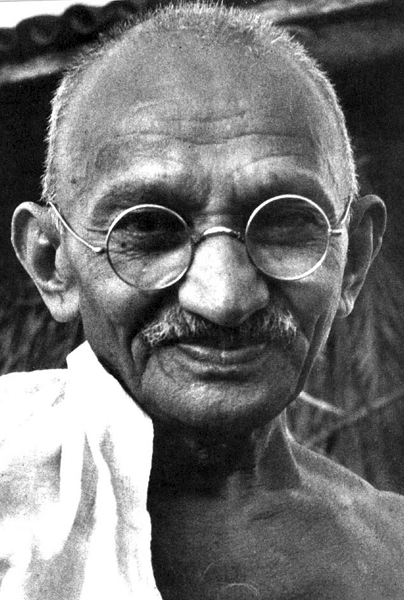 Mohandas Karamchand Gandhi (2 October 1869 30 January 1948) was the pre-eminent political and spiritual leader of India during the Indian independence movement. He was the pioneer of satyagraha –resistance to tyranny through mass civil disobedience, a philosophy firmly founded upon ahimsa or total nonviolence– which led India to independence and inspired movements for civil rights and freedom across the world. Gandhi is commonly known around the world as Mahatma Gandhi (mahatma or 'Great Soul', an honorific first applied to him by Rabindranath Tagore), and in India also as Bapu (Gujarati: 'Father'). He is officially honoured in India as the Father of the Nation; his birthday, 2 October, is commemorated there as Gandhi Jayanti, a national holiday, and worldwide as the International Day of Non-Violence.