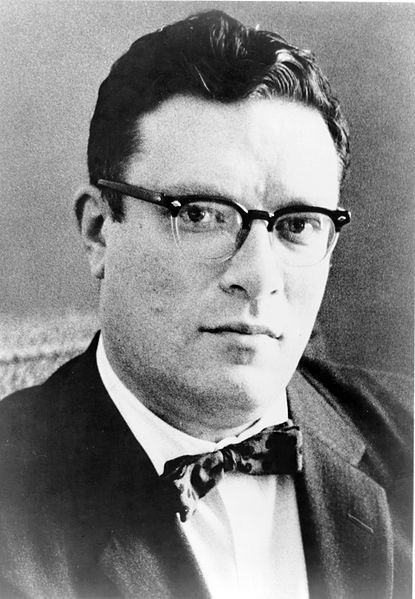 Isaac Asimov (born Isaac Yudovich Ozimov, c. January 2, 1920 - April 6, 1992), was an American author and professor of biochemistry at Boston University, best known for his works of science fiction and for his popular science books. Asimov was one of the most prolific writers of all time, having written or edited about 500 books and over 9,000 letters and postcards. His works have been published in nine of the ten major categories of the Dewey Decimal System (the sole exception being the 100s: philosophy and psychology).

❝Democracy means that my ignorance is just as good as your knowledge.❞[+]

❝Scientific apparatus offers a window to knowledge, but as they grow more elaborate, scientists spend ever more time washing the windows.❞[+]

❝To surrender to ignorance and call it God has always been premature, and it remains premature today.❞[+]

❝Whatever the tortures of hell, I think the boredom of heaven would be even worse.❞[+]