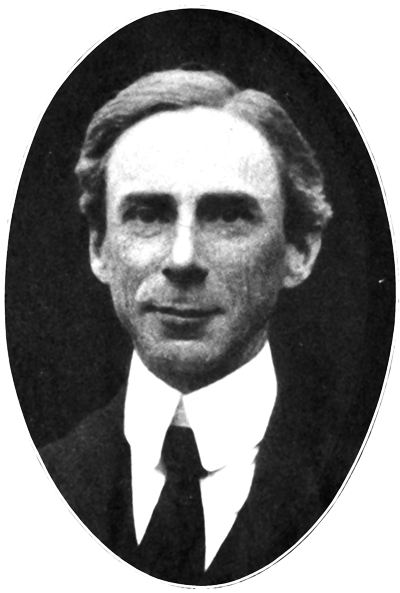 Bertrand Arthur William Russell, 3rd Earl Russell, OM, FRS (18 May 1872 - 2 February 1970) was a British philosopher, logician, mathematician, historian, socialist, pacifist and social critic. Although he spent the majority of his life in England, he was born in Wales, where he also died. Russell led the British 'revolt against idealism'' in the early 1900s. He is considered one of the founders of analytic philosophy along with his protégé Wittgenstein and his elder Frege, and is widely held to be one of the 20th century's premier logicians. He co-authored, with A. N. Whitehead, Principia Mathematica, an attempt to ground mathematics on logic. His philosophical essay 'On Denoting' has been considered a 'paradigm of philosophy.' Both works have had a considerable influence on logic, mathematics, set theory, linguistics, and philosophy.

❝It is preoccupation with possession, more than anything else, that prevents men from living freely and nobly.❞[+]

❝Most people would sooner die than think; in fact, they do so.❞[+]

❝One of the symptoms of an approaching nervous breakdown is the belief that one's work is terribly important.❞[+]

❝The fundamental cause of the trouble is that in the modern world the stupid are cocksure while the intelligent are full of doubt.❞[+]