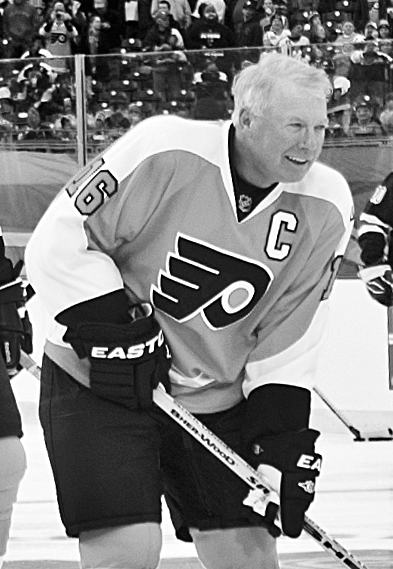 Just one quote by Bobby Clarke

Robert Earle Clarke, OC (born August 13, 1949), better known as Bobby Clarke or Bob Clarke, is a retired Canadian professional ice hockey centre who played his entire National Hockey League (NHL) career with the Philadelphia Flyers and is currently an executive with the team. During his 15 season playing career, he led the Flyers to two Stanley Cups and was awarded the Hart Trophy as league MVP three times. A 1987 inductee into the Hockey Hall of Fame, Clarke was rated number 23 on The Hockey News' list of The Top 100 NHL Players of All-Time in 1998.