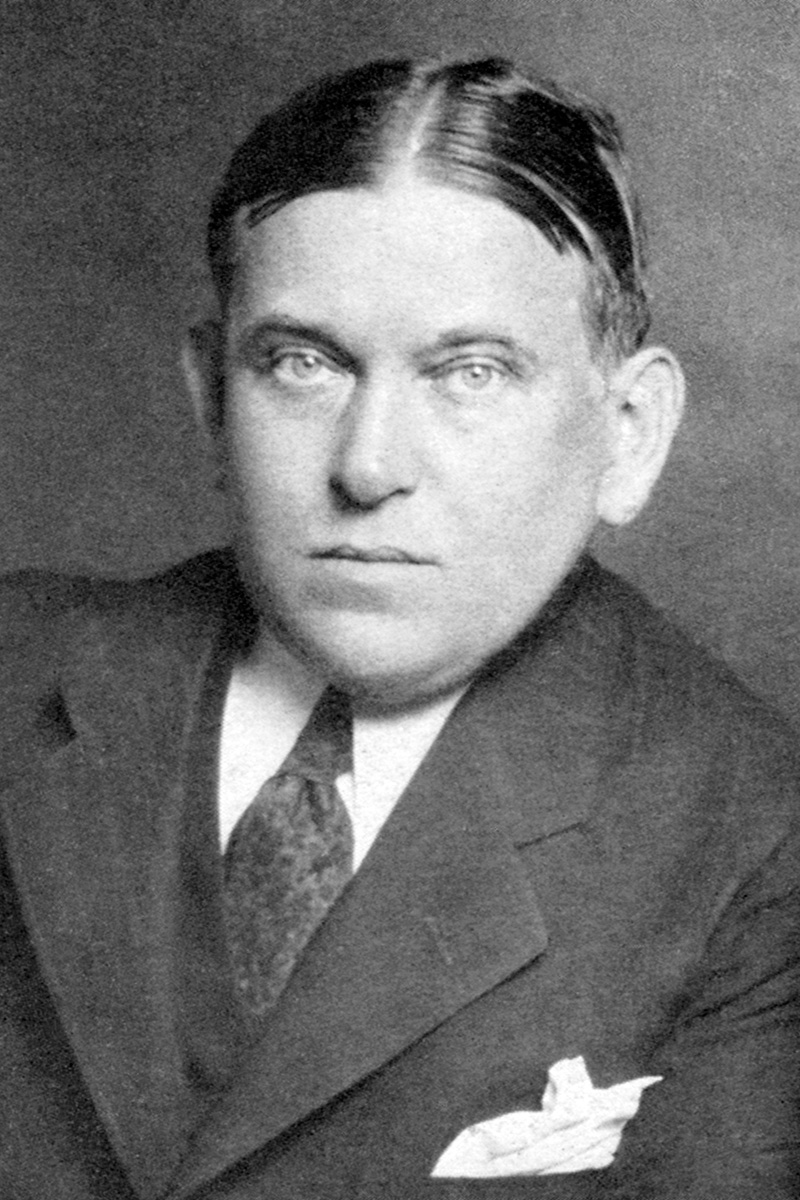 Henry Louis 'H. L.' Mencken (September 12, 1880 - January 29, 1956), was an American journalist, essayist, magazine editor, satirist, acerbic critic of American life and culture, and a student of American English. Mencken, known as the 'Sage of Baltimore', is regarded as one of the most influential American writers and prose stylists of the first half of the 20th century. Mencken is known for writing The American Language, a multi-volume study of how the English language is spoken in the United States, and for his satirical reporting on the Scopes trial, which he named the 'Monkey' trial.
A cynic is a man who, when he smells flowers, looks around for a coffin. [+]
An idealist is one who, on noticing that roses smell better than a cabbage, concludes that it will also make better soup. [+]
It is hard to believe that a man is telling the truth when you know that you would lie if you were in his place. [+]
It is impossible to imagine the universe run by a wise, just and omnipotent God, but it is quite easy to imagine it run by a board of gods. [+]
Love is the delusion that one woman differs from another. [+]
Marriage is a wonderful institution, but who wants to live in an institution? [+]
Puritanism: The haunting fear that someone, somewhere, may be happy. [+]
Suicide is belated acquiescence in the opinion of one's wife's relatives. [+]
The older I grow the more I distrust the familiar doctrine that age brings wisdom. [+]
The secure feeling that no one, as yet, is suspicious. [+]
There is always a well-known solution to every human problem – neat, plausible, and wrong. [+]
Truth would quickly cease to be stranger than fiction, once we got as used to it. [+]
We must respect the other fellow's religion, but only in the sense and to the extent that we respect his theory that his wife is beautiful and his children smart. [+]

The author info is from Wikipedia, licensed under the GNU Free Documentation License. The original picture is by Ben Pinchot, Public domain, via Wikimedia Commons and has been cropped and converted to greyscale.