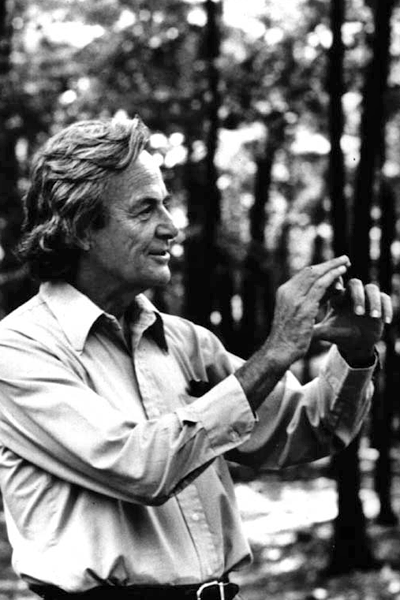 Richard Phillips Feynman (May 11, 1918 - February 15, 1988) was an American physicist known for his work in the path integral formulation of quantum mechanics, the theory of quantum electrodynamics and the physics of the superfluidity of supercooled liquid helium, as well as in particle physics (he proposed the parton model). For his contributions to the development of quantum electrodynamics, Feynman, jointly with Julian Schwinger and Sin-Itiro Tomonaga, received the Nobel Prize in Physics in 1965.

❝God is always invented to explain those things that you do not understand.❞[+]

❝The theoretical broadening which comes from having many humanities subjects on the campus is offset by the general dopiness of the people who study these things.❞[+]

❝To those who do not know mathematics it is difficult to get across a real feeling as to the beauty, the deepest beauty, of nature.❞[+]