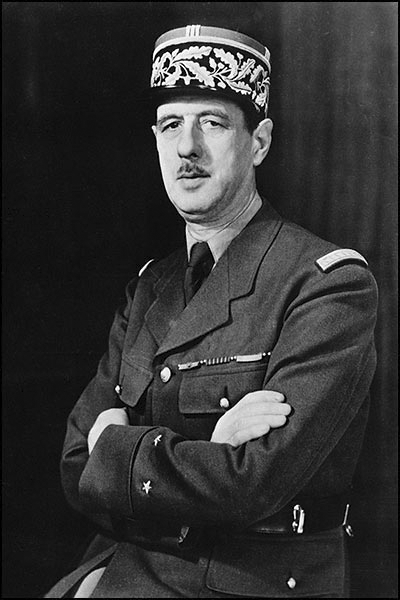 Charles André Joseph Marie de Gaulle (22 November 1890 - 9 November 1970) was a French general and statesman who led the Free French Forces during World War II. He later founded the French Fifth Republic in 1958 and served as its first President from 1959 to 1969.

❝In order to become the master, the politician poses as the servant.❞[+]