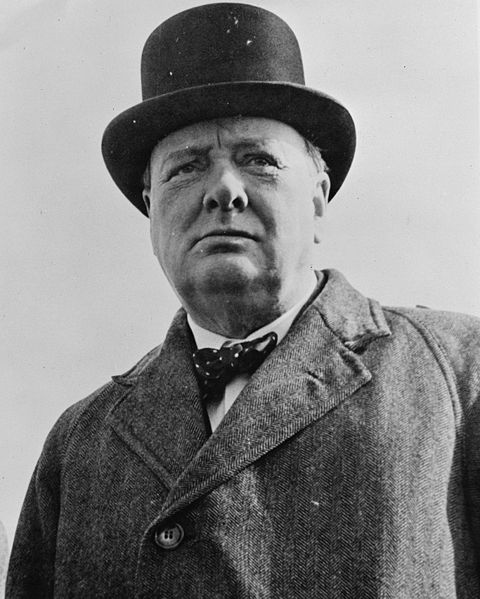 Sir Winston Leonard Spencer-Churchill KG OM CH TD PC FRS (30 November 1874 - 24 January 1965) was a British politician known chiefly for his leadership of the United Kingdom during World War II. He served as Prime Minister from 1940 to 1945 and again from 1951 to 1955. A noted statesman and orator, Churchill was also an officer in the British Army, an historian, writer and artist. To date, he is the only British Prime Minister to have received the Nobel Prize in Literature, and the first person to be recognised as an Honorary Citizen of the United States.

❝Headmasters have powers at their disposal with which Prime Ministers have never yet been invested.❞[+]

❝History will be kind to me for I intend to write it.❞[+]

❝It is a good thing for an uneducated man to read books of quotations.❞[+]

❝Nothing in life is so exhilarating as to be shot at without result.❞[+]

❝We sleep soundly in our beds because rough men stand ready in the night to visit violence on those who would do us harm.❞[+]