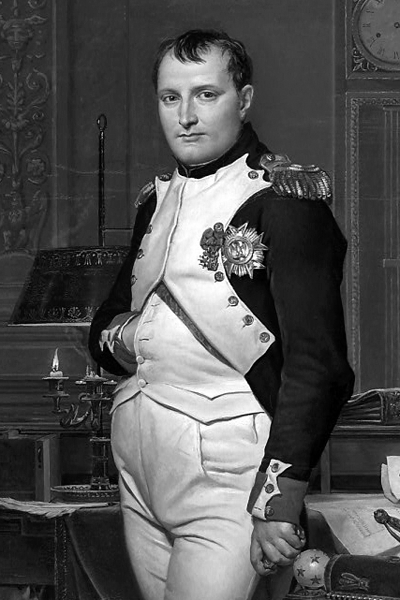 Napoleon Bonaparte (French: Napoléon Bonaparte, Italian: Napoleone di Buonaparte; 15 August 1769 – 5 May 1821), was a military and political leader of France and Emperor of the French as Napoleon I, whose actions shaped European politics in the early 19th century.

❝Religion is what keeps the poor from murdering the rich.❞[+]

❝There is but one step from the sublime to the ridiculous.❞[+]