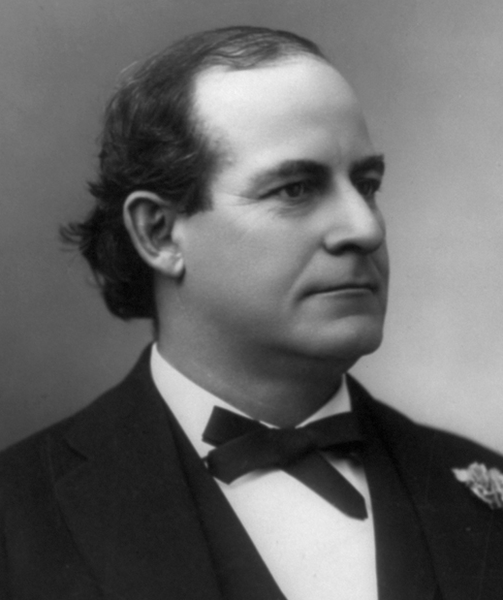 William Jennings Bryan (March 19, 1860 – July 26, 1925) was the Democratic Party nominee for President of the United States in 1896, 1900 and 1908, a lawyer, and the 41st United States Secretary of State under President Woodrow Wilson. He was noted for a deep, commanding voice. Bryan was a devout Presbyterian, a supporter of popular democracy, a critic of banks and railroads, a leader of the silverite movement in the 1890s, a leading figure in the Democratic Party, a peace advocate, a prohibitionist, an opponent of Darwinism, and one of the most prominent leaders of populism in the late 19th and early 20th century. Because of his faith in the goodness and rightness of the common people, he was called 'The Great Commoner.'