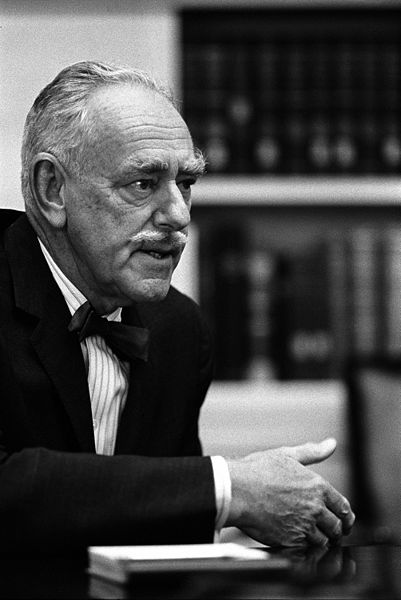 Just one quote by Dean Acheson

Dean Gooderham Acheson (April 11, 1893 - October 12, 1971) was an American statesman and lawyer; as United States Secretary of State in the administration of President Harry S. Truman during 1949 - 1953, he played a central role in defining American foreign policy during the Cold War. He likewise played a central role in the creation of many important institutions, including Lend Lease, the Truman Doctrine, the Marshall Plan, the North Atlantic Treaty Organization, the International Monetary Fund, and the World Bank, together with the early organizations that later became the European Union and the World Trade Organization. His most famous decision was convincing Truman to intervene, in June 1950, in the Korean War. Historians have argued, 'Dean Acheson was more than 'present at the creation' of the Cold War; he was a primary architect.'

❝A memorandum is not written to inform the reader but to protect the writer.❞[+]