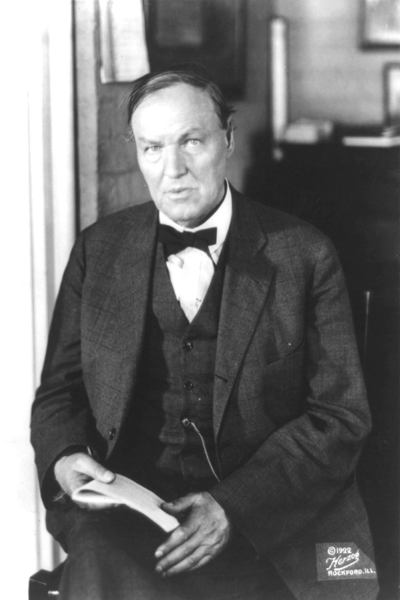 Clarence Seward Darrow (Kinsman Township, Trumbull County, Ohio, April 18, 1857 - Chicago, Illinos, March 13, 1938) was an American lawyer and leading member of the American Civil Liberties Union, best known for defending teenage thrill killers Leopold and Loeb in their trial for murdering 14-year-old Bobby Franks (1924) and defending John T. Scopes in the Scopes Trial (1925), in which he opposed William Jennings Bryan (statesman, noted orator, and three time presidential candidate for the Democratic Party). Called a 'sophisticated country lawyer', he remains notable for his wit and agnosticism that marked him as one of the most famous American lawyers and civil libertarians.

❝I have never killed a man, but I have read many obituaries with a lot of pleasure.❞[+]

❝The first half of our lives is ruined by our parents, and the second half by our children.❞[+]