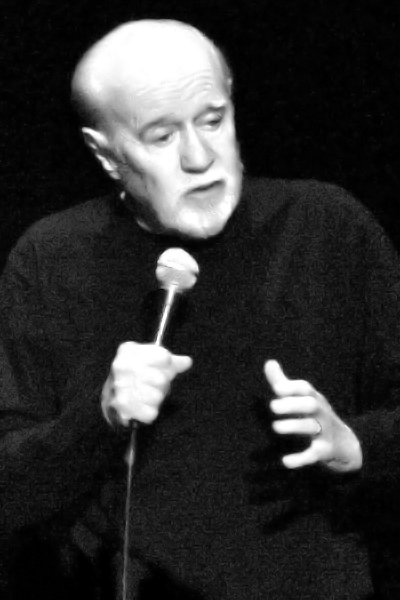 George Denis Patrick Carlin (May 12, 1937 - June 22, 2008) was an American stand-up comedian and social critic, who won five Grammy Awards for his comedy albums.

❝Do infants enjoy infancy as much as adults enjoy adultery?❞[+]

❝Don't give your money to the church; they should be giving their money to you.❞[+]

❝Think about how stupid the average person is, and then realize that half of 'em are stupider than that.❞[+]