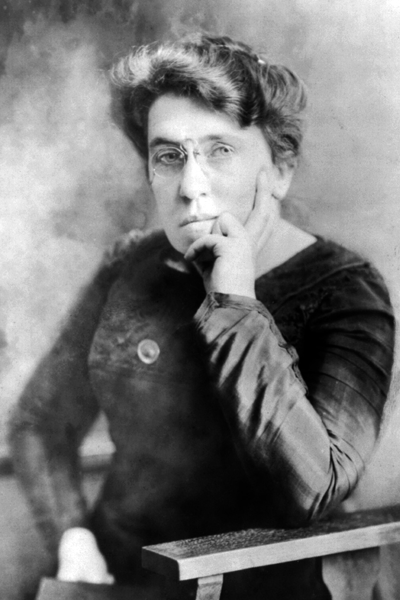 Emma Goldman (Kovno, Russian Empire, present day Kaunas, Lithuania, June 27 [O.S. June 15] 1869 - May 14, 1940 in Toronto, Canada) was an anarchist known for her political activism, writing, and speeches. She played a pivotal role in the development of anarchist political philosophy in North America and Europe in the first half of the twentieth century.

❝It is characteristic of theistic 'tolerance' that no one really cares what the people believe in, just so they believe or pretend to believe.❞[+]

❝It requires less mental effort to condemn than to think.❞[+]