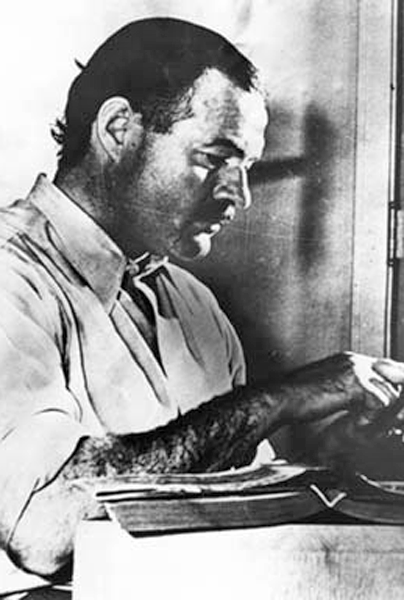 Just one quote by Ernest Hemingway

Ernest Miller Hemingway (July 21, 1899 - July 2, 1961) was an American writer and journalist. During his lifetime he wrote and had published seven novels; six collections of short stories; and two works of non-fiction. Since his death three novels, four collections of short stories, and three non-fiction autobiographical works have been published. Hemingway received the Nobel Prize in Literature in 1954.