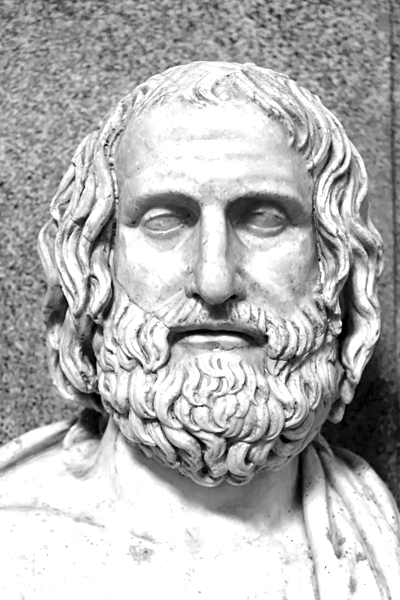 Just one quote by Euripides

Euripides (ca. 480 BCE - 406 BCE) was the last of the three great tragedians of classical Athens (the other two being Aeschylus and Sophocles). Ancient scholars thought that Euripides had written ninety-five plays, although four of those were probably written by Critias. Eighteen or nineteen of Euripides' plays have survived complete. There has been debate about his authorship of Rhesus, largely on stylistic grounds and ignoring classical evidence that the play was his. Fragments, some substantial, of most of the other plays also survive. More of his plays have survived than those of Aeschylus and Sophocles together, because of the unique nature of the Euripidean manuscript tradition.

❝Talk sense to a fool and he calls you foolish.❞[+]