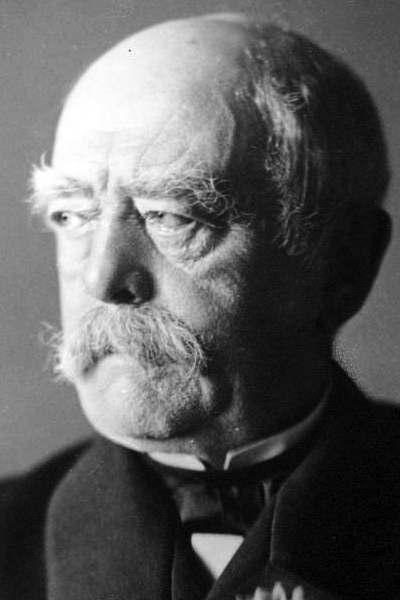 Otto Eduard Leopold von Bismarck (1 April 1815 - 30 July 1898) was a Prussian/German statesman of the late 19th century, and a dominant figure in world affairs. As Ministerpräsident of Prussia from 1862 - ;1890, he oversaw the unification of Germany. In 1867 he became Chancellor of the North German Confederation. He designed the German Empire in 1871, becoming its first Chancellor and dominating its affairs until his dismissal in 1890. His diplomacy of Realpolitik and powerful rule gained him the nickname 'The Iron Chancellor'.

❝People who love sausage and people who believe in justice should never watch either of them being made.❞[+]