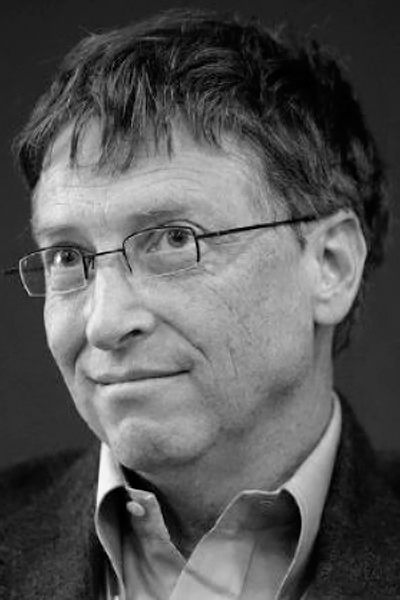 Only two quotes by Bill Gates

William Henry 'Bill' Gates III (born October 28, 1955) is an American business magnate, philanthropist, and chairman of Microsoft, the software company he founded with Paul Allen. He is ranked consistently one of the world's wealthiest people. During his career at Microsoft, Gates held the positions of CEO and chief software architect, and remains the largest individual shareholder with more than 8 percent of the common stock.

❝I believe OS/2 is destined to be the most important operating system, and possibly program, of all time.❞[+]

❝The next generation of interesting software will be done on the Macintosh, not the IBM PC.❞[+]